Given Joan a week off from the blog so don't worry if this makes no sense.

Decided to change the window last week in the hope that Summer may make an appearance although whilst doing the window the heavens had opened and it was torrential rain outside.  I was quite pleased with the final design even though originally it was just a mish mash idea in my head.  A large amount of wire was used to make everything stays in place, particularly the flowers in the window but as soon as the door opens they all turn the wrong way round. 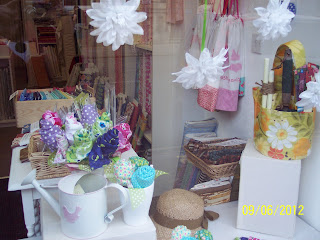 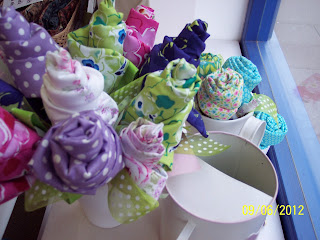 Also had a delivery of small prints last week, all deliveries cause a major problem now as we have to find yet more space.  When the postman arrived I did tell him that I used to look forward to his visits but now he just sends me into a panic - not sure he knew what to say to that.  So made a decision to clear out everything under the button table (which I just haphazardly placed out in our tiny store room) and replaced it with the new bolts of fabric. Poor Joan came back into work last week to be greeted by this huge mess which you had to jump over to get to the sink or the loo.  I called in on Monday morning and it was all sorted out and organised - thank goodness. Sorry Joan. 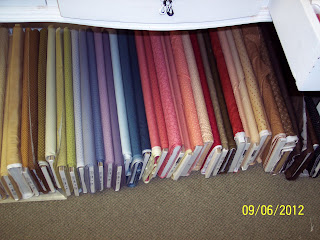 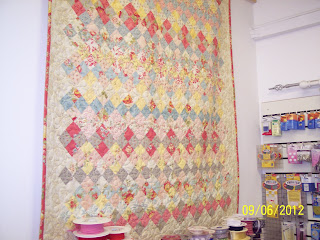 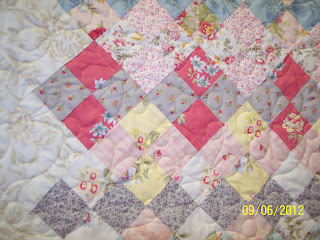 Quilting was done by Sue at School House Quilting in Newport and has really given it some texture.  The quilt design is from the Jelly Roll Inspiration book by Pam Lintott and the fabric range is Oasis  from Moda.

This week I have had a few days off and have been a passenger in a Corvette Stingray which was noisy, bumpy and even though I don't want to admit it also slightly exciting.  I had booked the car as a present for my husband for his birthday but it has taken over a year to find a time when we could actually use it. 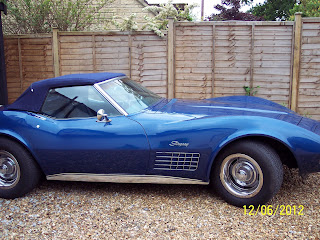 He was absolutely in his element and when young lads were shouting to him "love your car mate" he was chuffed to bits (small things). Not so good for both of our knees, particularly when getting in and out, after three days I practically rolled out of the car rather than struggle to get out elegantly which I had been trying to do.Unfortunately I have now created a further problem as he is now searching on ebay for one that he can afford (he can't afford one) but I suppose this will keep him occupied for a while.

Our new website is now live but the pricing structure is not quite right, the designers are in the process of changing this section so hopefully it will be completely finished by the end of next week.  Feedback on the site so far is quite good, would be nice to know what you think. Down side is that I now need to use Twitter which I find quite difficult, love to follow people but can never find much to actually say so please excuse any inane comments as I am still learning.