In my last post, I said I was off the the County Cricket ground here in Somerset to see the torch arrive.  It was a lovely evening, we sat in one of the stands in the sun and watched the proceedings eating chips and drinking cider - well we do live in Somerset.  It was quite good fun, but I am not sure we had quite the atmosphere that was out in the street, although there were 6,000 people there.  The best bit was when the torch arrived, mainly because there was a fanfare from the Royal Marines! 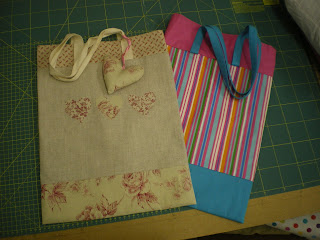 I have finally got all my bags together, and am now ready to run the workshop, and hopefully everyone will like them.  The two above are the same pattern, but look very different.  I have shown the linen bag with the hearts before, but decided to include it because it has been so popular, the stiped bag is exactly the same pattern.  These are very simple bags to make, but they are good for someone who has not done much sewing, as it includes all the basics, such as handles and lining. 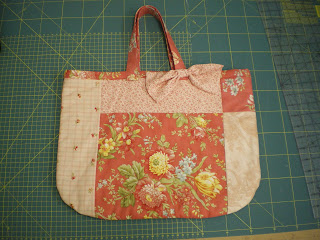 This one is another simple shape and great for using up all your scraps.  I partcularly liked this one.  It`s very quick to put together but looks good. 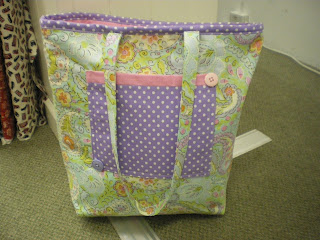 This bag is a little more structured, again it is simple to make, but includes some more techniques, including pockets, and binding. 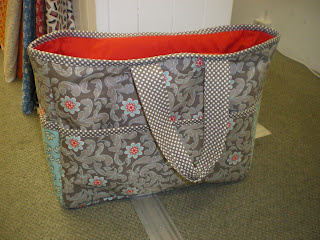 Again this one is more structured and the most difficult one to make.  There is a patch pocket on the back  in the same fabric as the pockets on the sides.  I used pellon rather wadding, and it certainly makes a difference to the structure of the bag.  Once I actually got into making them, I quite enjoyed myself!  The next lot of samples I have to make are Gifts, but luckily I have until July to make them. 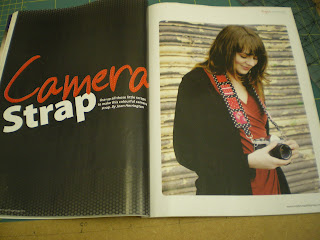 I also said in the last post that I had made a camera strap that was featured in the last issue of Modern Quilting and that I would take a photograph of it, so here it is.  It`s very exciting to see your own work featured in a magazine, especially when your work stands alongside so many excellent quilters whose work you have admired in the past.  It is such a shame the company went into administration after only two issues, but I understand they have been bought out, so hopefully we will see the magazine again fairly soon.

A couple of weeks ago Shirley from Stitcherydo came in and was telling me that she had seen on another blog how to make pinwheels quickly.  I thought I would have a go, and was really impressed with the result.  I thought I would share it with you, so have taken photographs so you can see how easy it is - 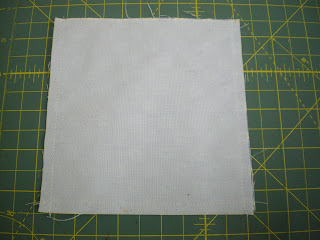 Believe it or not, this is 2 x 5" squares with right sides together, and then stitched all the way round with a 1/4" seam. 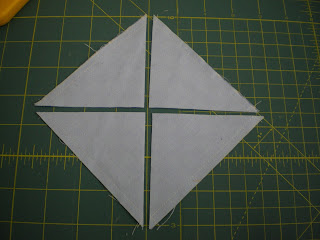 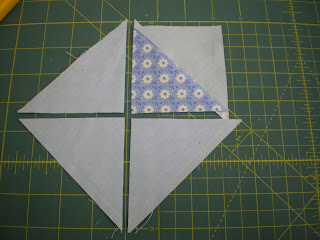 You then cut the pieces as indicated in the first photograph above.  You then open out and press as shown above, how clever is that! 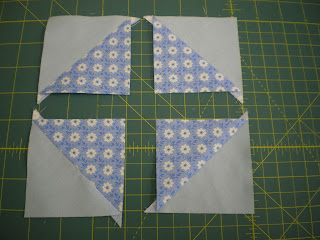 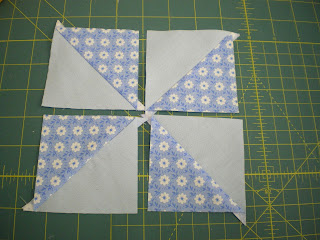 Finally turn them to make your pinwheels and stitch together.  Apologies if you already know this technique.  I have been surprised that quite a few people knew it, but a lot didn`t. 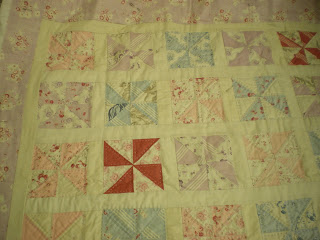 This is what I have made using the technnique.  I have used a charm pack from the new Moda Cabbages and Roses Athill range.  I have been slightly irritated with the darker red bits, and am even more so now I have taken the photograph, although the photograph does make it look much darker than it is in reality.  I am now hand quilting it, and will put it up in the shop when it is finished.

We have been doing a roaring trade with jubilee fabric the last week or so. Everyone seems to want to celebrate.  I am off to London after I close the shop tonight, and intend to go to the Water Pageant, it`s a shame about the weather forecast, but hopefully the rain will stop for a while.   We also intend to go to the procession on Tuesday before we come home. Debby is also going to be in the South East - her mum is holding a tea party.  Hope you all have a good long weekend.